Steven's Internship at the State Department 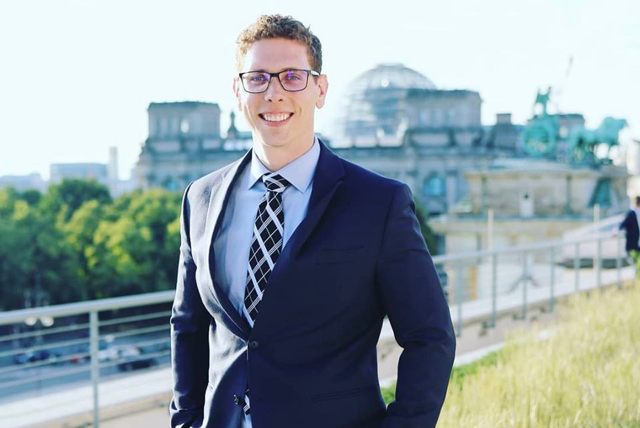 During the summer, Steven interned at the U.S. Embassy in Berlin at the Department of State.

During the summer, Steven interned at the U.S. Embassy in Berlin at the Department of State. He worked in the Public Affairs Section of the embassy, which focuses on public outreach, media engagement, and German-American and State Department programs including Fulbright. Steven was responsible for compiling, editing and translating German news and organizing programs and events for the embassy. His primary task was to work with the Media Translation Teams to compile recent and relevant political events to send to Washington. The internship provided Steven the opportunity to learn about the many aspects of a diplomatic career and the inner workings of an embassy, as well as help strengthen and maintain American and German relations. Steven learned how foreign policy decisions are made and how diplomats work and engage with each other. The experience in the embassy provided Steven with skills in and knowledge of analyzing significant and relevant information to support diplomatic missions; documenting and collecting classified information and provide critical or statistical analyses of such information; and in public relations and the way in which embassies communicate with the people of a foreign country. Steven is excited to have had this experience and is grateful for the insight he received about the foreign service. He returns to Maryland as a senior this year, graduating this May with a degree in Classics and Government & Politics.