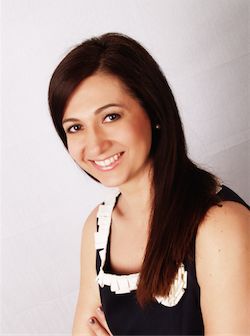 She has published a book on the political aspect of Aeschylus’s tragedies entitled La Dimension Politique des Tragédies d’Eschyle, ADRA-Nancy, De Boccard, Paris, 2010, and many articles in the field of Hellenic Studies such as “The Institution of Kingship in Aeschylus’s Tragedy: Terminology and Historicity,” Actes du Colloque sur la Royauté,  KTEMA  Strasburg, 2015; “The Journey of Elisavet Contaxaki’s “Classical Bouquet from Crete to Washington D.C.: The Historical and Political Context,” Proceedings of the 12th International Congress of Cretan Studies, September 21st -25th, 2016, Herakleion, Greece; “The Sociopolitical Factors of Delinquency in the Folk Culture: From the Klephtic Demotic Songs to  the Greek  Shadow Theater of Karagioz”,  Proceedings of the First International Conference on Greek Shadow Theatre- Non-tangible Culture, University of Granada, Spain and National University of Athens, Greece, Old Parliament Athens, Greece 27-29/11/2015. She has also published reviews in the field of Classics and Modern Greek Studies. Numerous articles by Dr. Parara are published in Greek newspapers in Greece and in the US.

Dr. Parara is currently working on two projects. First, she is continuing her research on the “Classical Bouquet,” the  rare volume she brought to light and published in 2018. The book is an anthology of classical reception composed by a learned Cretan, Elisavet Contaxaki, in 1855. Second, Dr. Parara is working on a book about the modernity of Ancient Greeks, gathering ancient Greek sources to redefine core concepts and values of our societies.  Dr. Parara has presented numerous papers on the teaching of Modern Greek as a second or foreign language in national and international conferences. Furthermore, she has presented  many papers in National and International Conferences in the fields of Classics and Modern Greek Studies. Dr. Parara’s latest papers in national and international conferences during 2019-2020 are the following: on November 5-7, 2020: National Humanities Conference, Indianapolis, Indiana: Citizenry and Holistic Freedom: The Paradigm of  Athenian Democracy; on March 5-8, 2020:  How Modern is Aeschylus?, 51th Northeast Modern Languages Association Convention,  Marriott Copley Place, Boston, Massachusetts; on November 7-10, 2019: The Portrayal of Ancient Greece in the Nineteenth Century: The Parallel Lives of Elisavet  Contaxaki’s “Classical Bouquet” and Leon Melas’ “O Gerostathis”,  26th biennial Modern Greek Studies Association Symposium at the California State University, Sacramento; on March 21-24, 2019:  Classics in Reception : Cultural Identity and the Unique Case of Classical Bouquet, 50th Northeast Modern Languages Association Convention, Gaylord Convention Center, National Harbor, Washington D.C.

Dr. Parara teaches a wide range of courses at the University of Maryland under the GREK prefix:  Elementary, Intermediate, and Advanced  Modern Greek as well as courses on Modern Greek Literature and History and special topics courses on Cavafy and the Greek World, Classical Past and Modern Greek Identity; and under the CLAS prefix, The modernity of Athenian Democracy. Dr. Parara has also taught a wide range of courses at Georgetown, including CLSS 262 Greek Tragedy and Politics; CLSS 264 Political Thought and the Formation of the Polis; GREE 355 Modern Greek History; GREE 330 Modern Greek History through Literature and all levels of Modern Greek Language as well as a pilot course addressed to students who have a basic knowledge of Ancient Greek, CLSS 103 Learning Modern Greek from Ancient Greek. She presented the pedagogical and methodological approaches of this course and its results at the  Biennial workshop on Modern Greek Language Instruction at San Francisco State University in 2012.

Dr Parara participated in Sunoikisis course development seminars in Greek Lyric Poetry, and on Comedy, Plato, and the Odyssey. Sunoikisis is a national consortium of Classics programs. The Center for Hellenic Studies of Harvard University provides administrative and technological support. The Sunoikisis faculty engages in seminars to develop these courses. The cycle of Sunoikisis inter-institutional, team-taught literature courses makes creative use of technology to connect institutions. Furthermore, Dr. Polyvia Parara offers seminars and workshops for the teachers of the Greek schools in the Metropolitan area of Washington, D.C. on subjects pertaining to teaching methodology and pedagogy.

Before coming to the U.S., Dr. Parara also distinguished herself as a champion basketball player. She won the gold medal with the National University of Athens basketball team three times, and she was a player of the first national category basketball club AO PAGRATI and FIBA Europe player. She has volunteered as Board Member of the Hellenic Society Prometheas, a nonprofit organization founded as an organized means of promoting the pursuit of common cultural and social goals among Greek Americans of the Metropolitan Washington area.

Dr. Polyvia Parara presented a paper on the portrayal of Ancient Greece in the nineteenth-century at the 26th Modern Greek Studies Association Conference

The paper focuses on a comparative examination of the portrayal of ancient Greece in both of these understudied volumes. Both works aim to exemplify the idea of a cultural and national  Hellenic identity based on the aesthetic and moral values of Classical Greece in their international and national audiences respectively.

Prof. Parara presents a paper on the Greek verbal system

This is the third paper Dr. Parara has given so far this year.  In March, she presented "Classics in Reception:  Cultural Identity and the Unique Case of Classical Bouquet" at the 50th Convention of the Northeast Modern Languages Association in Washington, D.C.

On April 13, in the context of the 3rd Modern Greek Studies conference for undergraduate students which she has organized here at Maryland, on the topic of "Nostos and Immigration from Homer to Demotic Songs," Dr. Parara presented a paper on "Nostos in Modern Greek Literature:  Tradition and Modernism."

Finally, in November of this year, at the 26th Biennial Conference of the Modern Greek Studies Assocation, she will give a paper on "The Portrayal of Greece in the 19th Century:  The Parallel Lives of Elisavet Kontaxaki's Classical Bouquet and Leon Melas' O Gerostathis."